The first French table wine brand available in Australia in a one-liter bottle, it boasts a nose of red fruit, black currents, cherries, and raspberry jam. Its palate has velvet tannins and a fine, long finish. Can be served with white meat, grilled meat, salad and cheeses.

I buy my the half dozen from Dan murphy at about $10 a bottle.
Posted by Wayne Mansfield at 14:03 No comments: 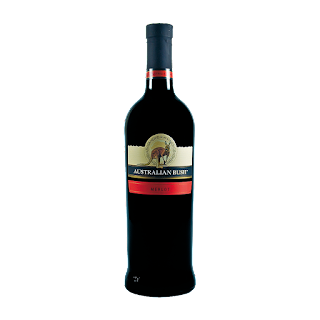 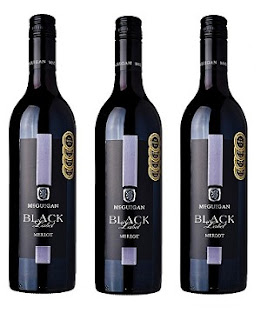 For the price a pleasant surprise. Stock up each time it goes on special, for a pleasant mid week sip.

Posted by Wayne Mansfield at 13:53 No comments: 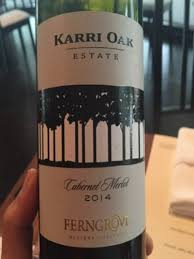 Clear cherry on the nose. Lovely blackcurrant and cherry flavour. More oak than a typical merlot, but wonderfully smooth none the less

Posted by Wayne Mansfield at 13:45 No comments:

This is a great drop! And won't break the bank

Rawson's Retreat continue to produce great quality, value for money wines across all price points. This Merlot has deep red hues, spiced flavours and raspberries on the nose. Good fruit weight with cherries and oak flavours with a rich mid palate and a smooth tannin finish.

Rating 3/4 Good to dull the nonsense on the ABC on a Monday Night.

#MerlotADay #WayneMansfield #HealthyLifestyle
Posted by Wayne Mansfield at 07:20 No comments: 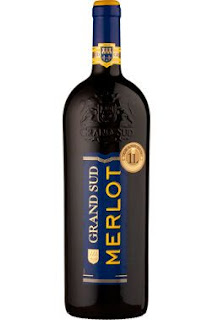 Translated, Grand Sud means 'Big south', and why not! It comes in a bloody big bottle from the south of France! It's a fruity, ripe style of wine that displays smells of raspberries and red cherries on the nose, whilst the palate is smooth, lush and spicy with plummy flavours, mellow tannins, and a juicy finish.

For a 1 litre "bulk" wine this is one of my favourites and at less than $12 a bottle fantastic value...

When Merlot isn't served this is a good drop. Houghton's Classic Red

My new favourite steak place - the International on the Water at 1 Epsom Avenue Ascot doesn't server Merlot by the glass... it substitutes its house red the Houghton Classic and although expensive $8 a glass it is a good drop.

Houghton has proudly been established for over 175 years . Their exacting attention to flavour profile and overall balance in their wines that sets Houghton apart .

Named after the 100 year old trademark and sourced from a variety of West Australian vineyards, the Houghton Stripe range epitomises the flavoursome, vibrant style of Houghton . 2013 Vintage The 2013 vintage was another excellent vintage in Western Australia . The south -west experienced below average winter rainfall largely due to mostly dry conditions in both July and August . In the spring that followed, both above average temperatures and rainfall were received .

While the summer of 2012 /13 had above average rainfall this was fortunately all in December and early January . The summer also recorded above average temperatures . These conditions meant that while berry development was rapid there were adequate water reserves to ensure that the fruit retained flavour and freshness . Winemaker’s Notes The fruit was machine harvested when flavour ripe, then crushed and fermented as separate parcels .

Fermentation on skins in static fermenters lasted 10 days . Following fermentation, the wine was gently pressed off skins and then matured on French oak for eight months before selected parcels were blended and bottled . Tasting Notes The colour is a brilliant dark red with a scarlet hue .

Food Suggestion Enjoy with a slow cooked shoulder of lamb or a selection of hard cheeses . [ or medium rare steak. My choice ]
Posted by Wayne Mansfield at 08:19 No comments:

Coonawarra is one of the best places in Australia to grow merlot and Jamiesons Run is a perfect example. There's a hint of richness on the nose, ripe plum and redcurrant flavours, soft, lush, velvety texture and a supple, approachable finish that lingers.

Great drop but not worth twice some of my other favourites